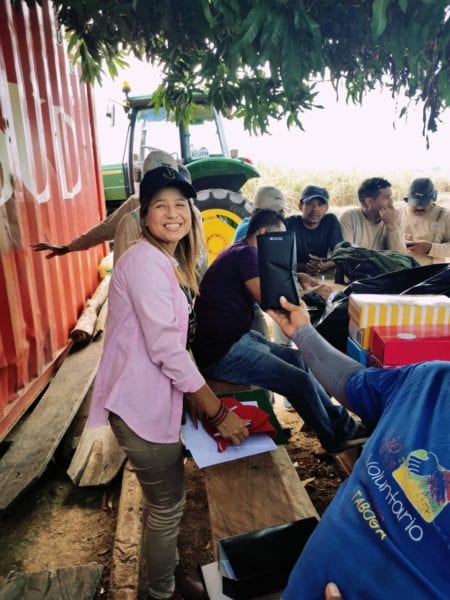 Throughout rural Costa Rica, the Solidarity Center joins with agricultural unions active in the banana, sugar cane and pineapple sectors to train and mentor organizers, facilitate worker affiliation with unions and empower workers, many of whom are migrant and indigenous migrant workers, to effectively advocate for their interests. Following Solidarity Center trainings that included trade union strengthening, the banana workers’ union SITRAP in January 2019 negotiated a collective bargaining agreement with a multinational fruit brand, the first such pact in 35 years. Since then, SITRAP has gone on to negotiate an additional new agreement at another multinational banana farm, and the agriculture union SITAGAH has initiated collective bargaining at a third multinational banana farm. Migrant workers in Costa Rica, where hundreds of thousands from neighboring Nicaragua and other countries find jobs, are prohibited from holding elected union office. Despite the challenges, unions are expanding their outreach to this vulnerable workforce.  In the sugar industry, Solidarity Center partner, SINTRAICA, has successfully included demands to improve housing, strengthen occupational health and safety measures and end wage theft for migrant cane sugar cutters in its collective bargaining agreements. The union also has created a position within its leadership structure enabling it to better represent and fight for the issues key to migrant workers in the sector.

The page you requested could not be found. Try refining your search, or use the navigation above to locate the post.